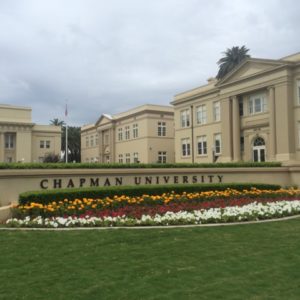 The following information, in italics, is taken from https://blogs.chapman.edu/huell-howser-archives/

The joy that the late TV legend Huell Howser shared with generations of Californians infuses a new permanent exhibit, sponsored by the Automobile Club of Southern California, housed in Chapman University’s Leatherby Libraries. The exhibit includes images, text, and artifacts, which outline Howser’s career and legacy in California.

The exhibit is free and open to the public, and located in the basement level of Leatherby Libraries.
Hours: Tuesday – Saturday 10 a.m. – 5 p.m.
Closed on Sundays and Mondays 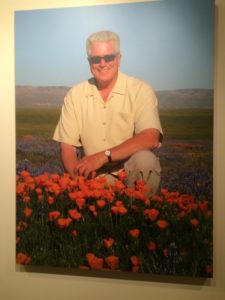 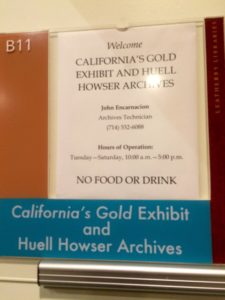 You may wonder why Huell Howser is included on this vintage trailer site. While he is mostly remembered for his California Gold series on televsion, his one hour documentary, Mobile America, on PBS in 2002 was important in gaining the public’s attention for the history of RVing in America. Not only were early travel trailers shown but also tent trailers and motor campers along with a vintage trailer rally with trailers from 1935 to 1950. Altho’ there were a few early vintage trailer collectors, I believe this documentary publicized and became a huge factor in bringing vintage trailering to the masses. In 2006, he also included a short interview and brief view of vintage trailers on California’s Gold 75th Anniversary of Doheny State Beach. In addition, few folks outside of California are familiar with the name Huell Howser, and it is my belief he is responsible for many roadtrips taken throughout California whether by plane, train, automobile or recreational vehicle. 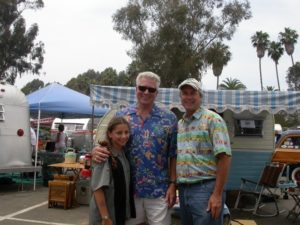 Huell interviews Cassandra and she talks about her father’s 1956 Rainbow at Doheny State Beach and what it’s like to camp in a vintage trailer. She made us all proud.

After we take a short tour of the archive museum, I have included some pictures of the volcano house we were once privileged to visit while at a vintage trailer rally in the desert. I have never shared these pictures before. Huell also gifted Chapman with this amazing house; it has since been sold and is private but can seen off in the distance while traveling on I-40 through the Newberry Springs area. 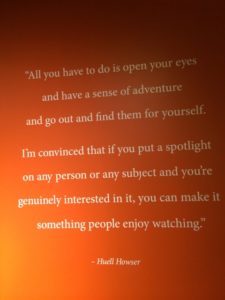 “All you have to do is open your eyes and have a sense of adventure and go out and find them for yourself. I’m convinced that if you put a spotlight on any person or any subject and you’re genuinely interested in it, you can make it something people enjoy watching.”   —Huell Howser 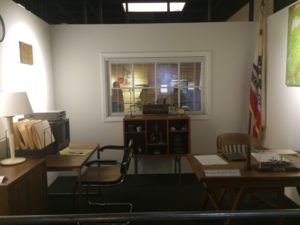 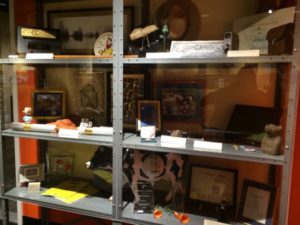 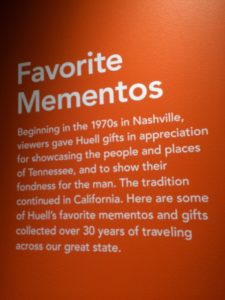 “Beginning in the 1970s in Nashville, viewers gave Huell gifts in appreciation for showcasing the people and places of Tennessee, and to show their fondness for the man. The tradition continued in California. Here are some of Huell’s favorite mementos and gifts collected over 30 years of traveling across our great state.” 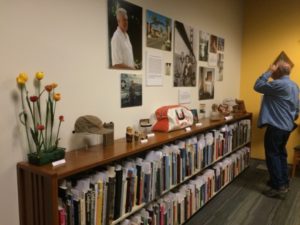 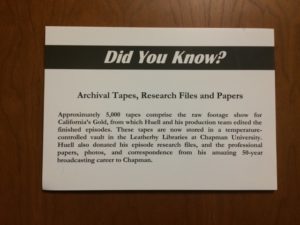 Sign reads:
Did You Know?
Archival Tapes, Research Files and Papers
Approximately 5,000 tapes comprise the raw footage show for California’s Gold, from which Huell and his production team edited the finished episodes. These tapes are now stored in a temperature-controlled vault in the Leatherby Libraries at Chapman University. Huell also donated his episode research files, and the professional papers, photos, and correspondence from his amazing 50-year broadcasting career to Chapman.

The centerpiece of Huell Howser’s gifts to Chapman University is the collection he deemed his life’s work: every episode of California’s Missions, California’s Golden Parks, California Golden Fairs, California’s Water and others — more than 900 episodes and specials in all. His wish was that the University would make the shows accessible to the world, and Chapman is currently working to make that happen. They invite you to visit the archive website and enjoy your favorite episodes of California’s Gold. https://blogs.chapman.edu/huell-howser-archives/ 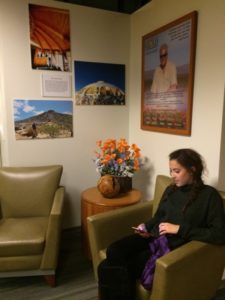 Here is our granddaughter, Paige, who had just been accepted to the Dodge College of Film at Chapman University. 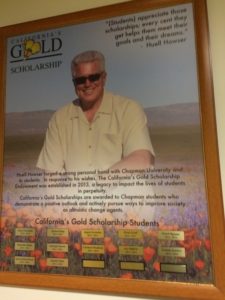 “A hundred years from now, long after people have forgotten me and my television show . . .the words California Gold will mean those students who are the future of the world . . .“   –Huell Howser 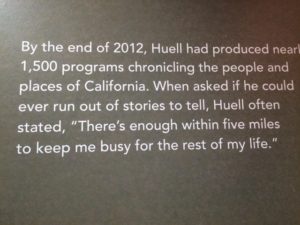 “By the end of 2012, Huell had produced nearly 1,500 programs chronicling the people and places of California. When asked if he could ever run out of stories to tell, Huell often stated, “There’s enough within five miles to keep me busy for the rest of my life.”

And here are my private pictures of the unique volcano house: 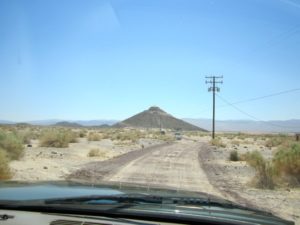 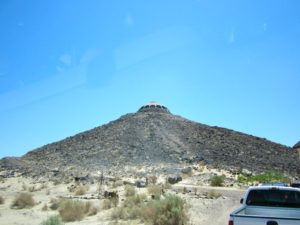 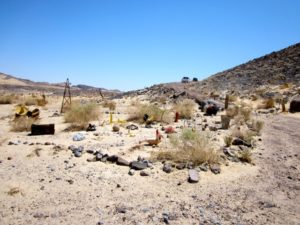 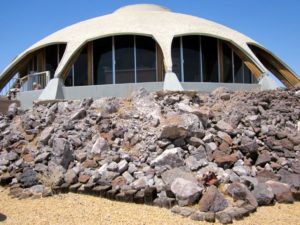 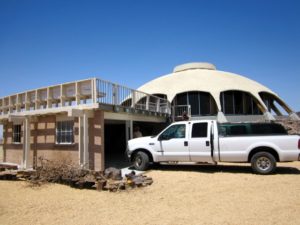 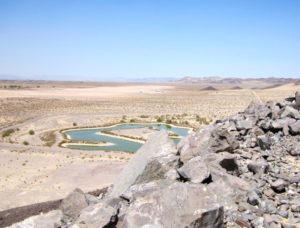 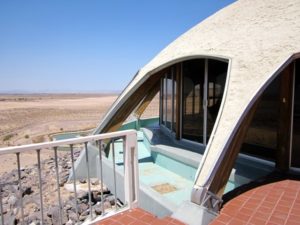 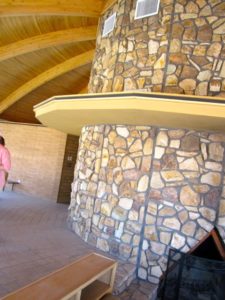 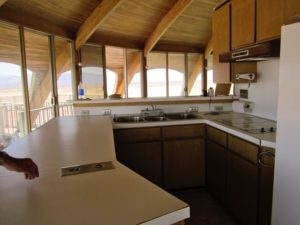 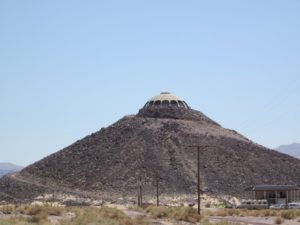 We Californians are so privileged, honored and lucky to have had this wonderful and respected communicator, Huell Howser,  sharing our state’s history with us. We appreciate that Chapman University has provided a place to preserve the memories of his accomplishments. Rest in Peace, Mr. Huell Howser . . .